This dataset represents 19,031 basin boundaries and their streamgage locations for the U.S. Geological Survey's (USGS) active and historical streamgages from the published dataset of Stewart and others (2006) and its subsequent updates (D.W. Stewart, USGS, written commun., 2011). Only the basin boundaries that were delineated within 15 percent of the basin area reported in the National Water Information System (NWIS) were included in this dataset. This dataset only includes streamgage basins in the lower 48 states and not in Alaska, Hawaii, or Puerto Rico. The basin boundaries and streamgage locations are provided in 18 shapefiles separated by 2-digit Hydrologic Unit Code. The USGS streamgage station's identification number attached to each delineated polygon can be linked to the attribute data found in Stewart and others (2006). The delineated watersheds were made from digital elevation models found in the NHDPlus data suite (version 1, 2006) and based on gage locations provided by Stewart and others (2006). These basins have been used in several USGS studies such as James Falcone's "GAGES-II: Geospatial Attributes of Gages for Evaluating Streamflow" (2011) and Xiaodong Jian and others, "WaterWatch-Maps, Graphs, and Tables of Current, Recent, and Past Streamflow Conditions " (2008). 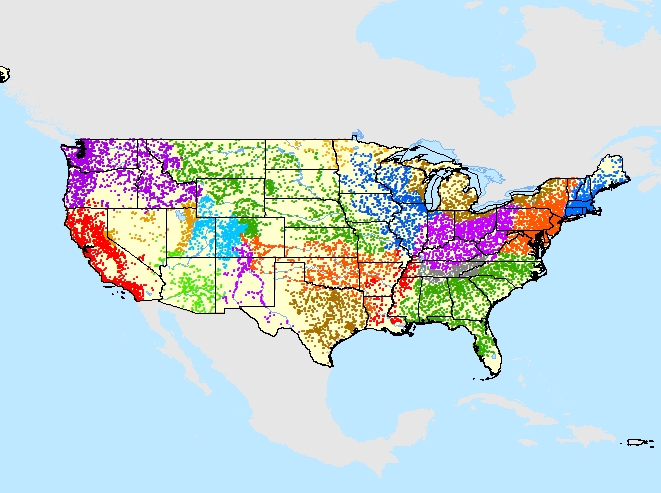