A digital total-sediment-thickness database for the world's oceans and marginal seas has been compiled by the NOAA National Geophysical Data Center (NGDC). The data were gridded with a grid spacing of 5 arc-minutes by 5 arc-minutes. Sediment-thickness data were compiled from three principle sources: (i) previously published isopach maps including Ludwig and Houtz [1979], Matthias et al. [1988], Divins and Rabinowitz [1990], Hayes and LaBrecque [1991], and Divins [2003]; (ii) ocean drilling results, both from the Ocean Drilling Program (ODP) and the Deep Sea Drilling Project (DSDP); and (iii) seismic reflection profiles archived at NGDC as well as seismic data and isopach maps available as part of the IOC's International Geological-Geophysical Atlas of the Pacific Ocean [Udinstev, 2003]. 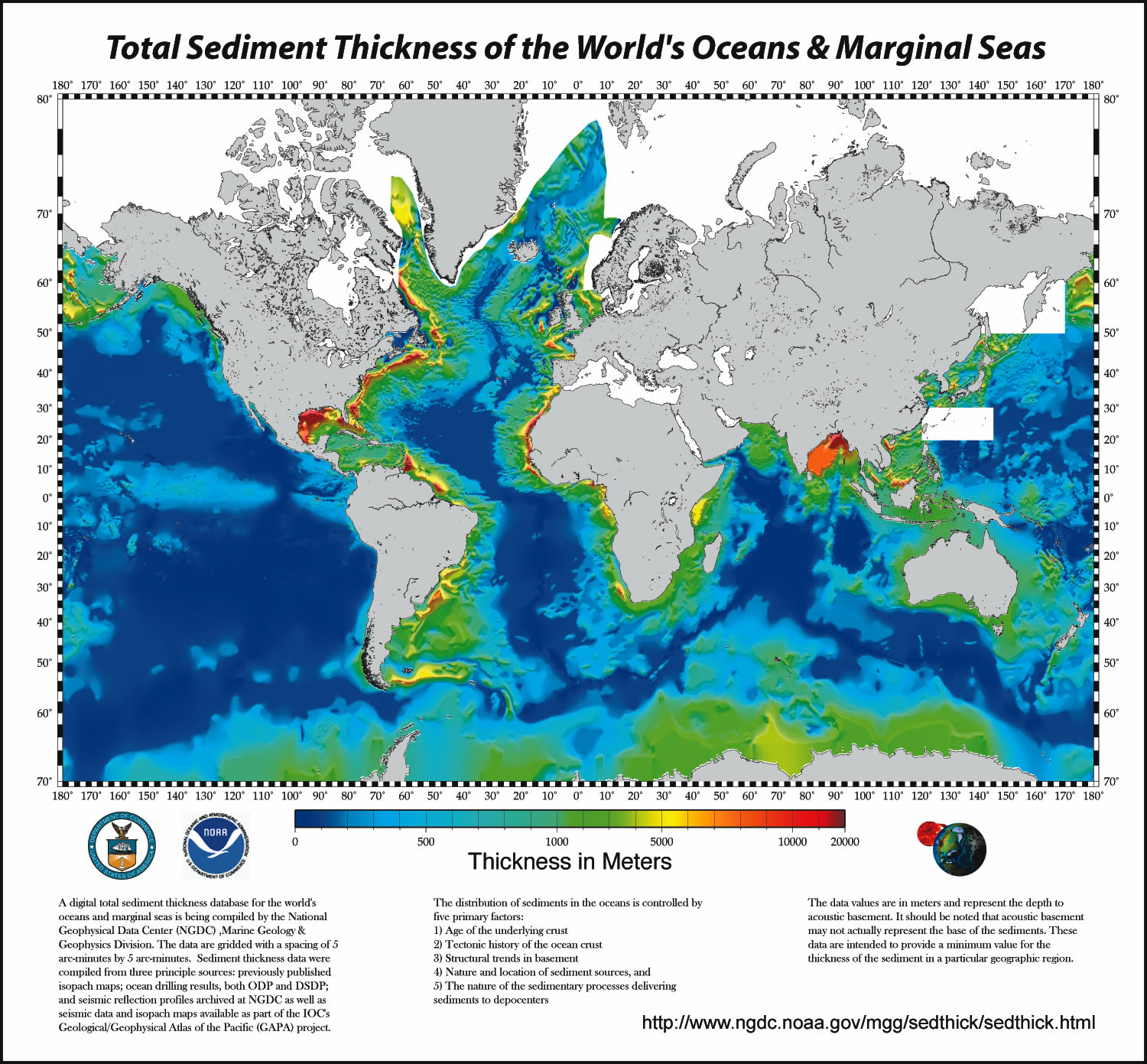