Partial pressure (or fugacity) of carbon dioxide, dissolved inorganic carbon, pH, alkalinity, temperature, salinity and other variables collected from discrete sample and profile observations using CTD, bottle and other instruments from ROGER REVELLE in the North Pacific Ocean from 2005-06-17 to 2005-07-17 (NCEI Accession 0163194)

PACIFICA (PACIFic ocean Interior CArbon) was an international collaborative project for the data synthesis of ocean interior carbon and its related parameters in the Pacific Ocean. The North Pacific Marine Science Organization (PICES), Section of Carbon and Climate (S-CC) supported the project. 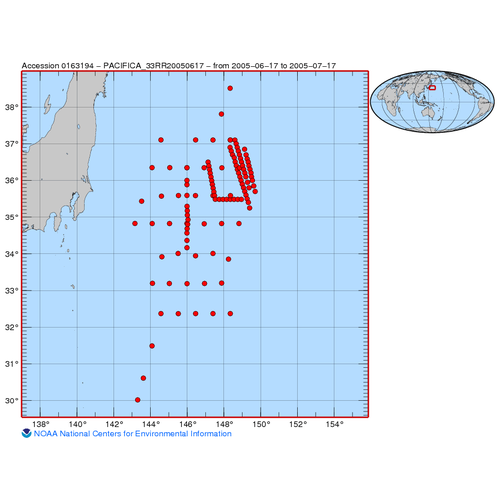