This collection contains repeated vertical profiles of ocean temperature and salinity versus pressure, as well as oxygen and velocity for some instruments. Data were collected between about 7 and 750m of the Arctic Ocean by Ice-Tethered Profilers (ITPs) that crawled up and down a conducting wire suspended from a buoy frozen into the ice pack. The profiles were collected roughly twice a day, depending on ITP programming, over the course of months to years. The vertical resolution of the final processed data is 1m, with horizontal resolution depending on ice drift speeds. ITPs have been released in different parts of the Arctic Ocean including near the North Pole and are intended to cover the whole Arctic ocean with depths exceeding 750m. 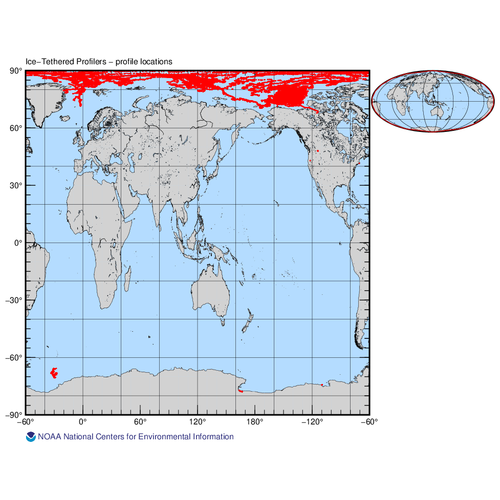