Dissolved inorganic carbon, alkalinity, temperature, salinity and other variables collected from discrete sample and profile observations using CTD, bottle and other instruments from the JOHN V. VICKERS in the Bering Sea, North Pacific Ocean and South Pacific Ocean from 1992-08-16 to 1992-10-21 (NCEI Accession 0115003) 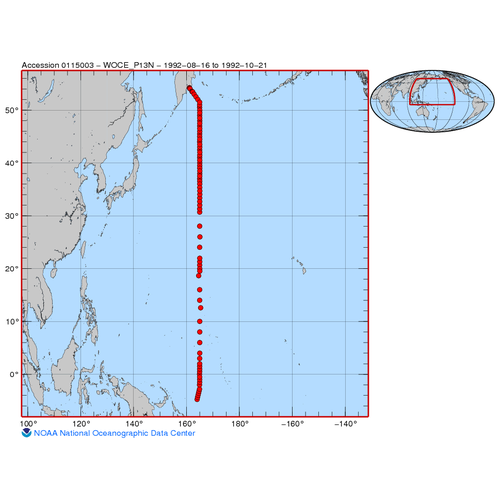