The ALOHA Cabled Observatory (ACO) is a system of hardware and software that extends electric power and the Internet offshore, supporting sustained real-time observations in the deep ocean. The ACO is connected to Oahu, Hawaii by the HAW-4 telecommunications cable transferred to the project by AT&T in 2007. On June 6th, 2011, the ACO was deployed on the ocean bottom (depth ~ 5 kilometers - 3 miles) near Station ALOHA , 100 kilometers (60 nautical miles) north of Oahu, Hawaii. Station ALOHA is the site of the long-term Hawaii Ocean Time-series (HOT) open ocean measurement program, visited by research vessels 10-12 times each year since October 1988.

There are five modules that are connected together on the seafloor. The Junction Box is connected to the HAW-4 cable and to the Observatory module. Together, they supply 1200 watts of power and 100 Megabits per second of Ethernet communications to sensor systems on these two modules, and to the other three modules. The other modules are the Camera tripod, the AMM bottom node, and the TAAM mooring. Sensors provide live video of the ocean bottom around the ACO, sound from local and distant sources, currents, pressure, temperature, and salinity.

This data set contains the 2011-06 to 2013-12 rapidly sampled current velocity data, which are collected at the ACO using a SonTek 250 kHz Acoustic Doppler Profiler. The instrument is located at a depth of 4726.2 m below the mean surface, 1.83 m above the bottom. There are 20 depth bins in each profile, which reaches upward to at most 100 m above the bottom. The data have been quality controlled and are stored in NetCDF format. The files contain current velocity in the east, north, and upward directions in m/s. Ancillary fields include mean echo amplitude and temperature. The project is ongoing with data from 2014- to become available. 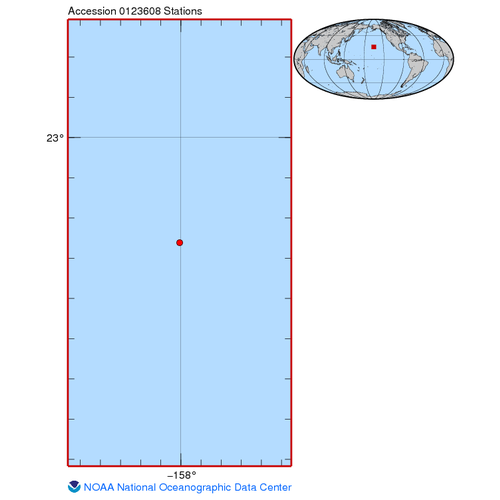