Assessment of nonindigenous marine species in harbors and nearby coral reefs on Kauai, Molokai, Maui, and Hawaii, 2002 - 2003 (NCEI Accession 0002270)

Collections and observations in 2002-2003 at harbor and nearby reef sites at Nawilwili and Port Allen, Kauai; Hale O Lono and Kaunakakai, Molokai; Kahului and Maalaea, Maui; and Kawaihae and Hilo, Hawaii recorded a total of 1039 taxa of marine algae, invertebrates, and fishes, 872 of which were identified to the species level. Of these 11 were new reports for Hawaii and 112 were identified as introduced or cryptogenic species (NIS), for an overall NIS component of 10.9% of the total taxa recorded. Contrasting patterns were found between the distributions of the total identified taxa and NIS, with greater numbers of total taxa occurring at reef stations and greater numbers of NIS occurring in harbors, where they composed up to 36% of the total identified taxa. Occurrence and abundance of NIS decreased systematically from maxima in highly used commercial harbors which are isolated from oceanic circulation to relatively exposed small boat harbors to fully exposed reef sites. Only a few NIS that frequently occurred at harbor sites also occurred at reef sites. These results concur with previous studies in Hawaii and the tropical Pacific that have indicated NIS to show maximum numbers in harbors and embayments with restricted oceanic circulation and few introduced or cryptogenic species to occur on coral reefs or other ocean exposed environments. 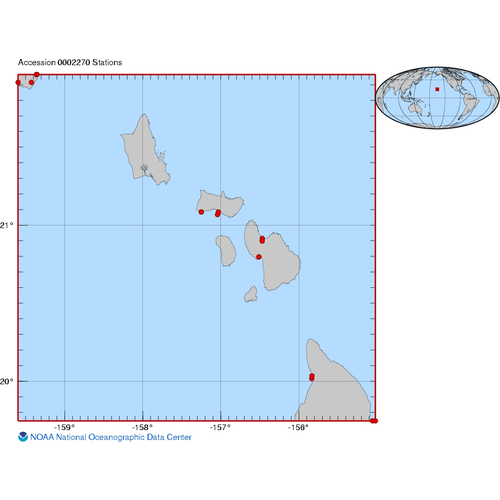