Weighing rain gauge charts record the amount of precipitation that falls at a given location. The vast majority of the Weighing Rain Gauge Recording Charts collection comes from the National Weather Service, cooperative stations, and the Pacific Islands, however, there are some forms that were provided through international organizations and agreements. Throughout much of the history of the collection, observations were taken on paper. However, much of the paper was converted to other media. Of those records that were converted, records are available on microfilm from 1888 through 1972 and on microfiche between 1973 and the mid-1990s. Data contains continuous recording of precipitation amounts to one-hundredth of an inch. 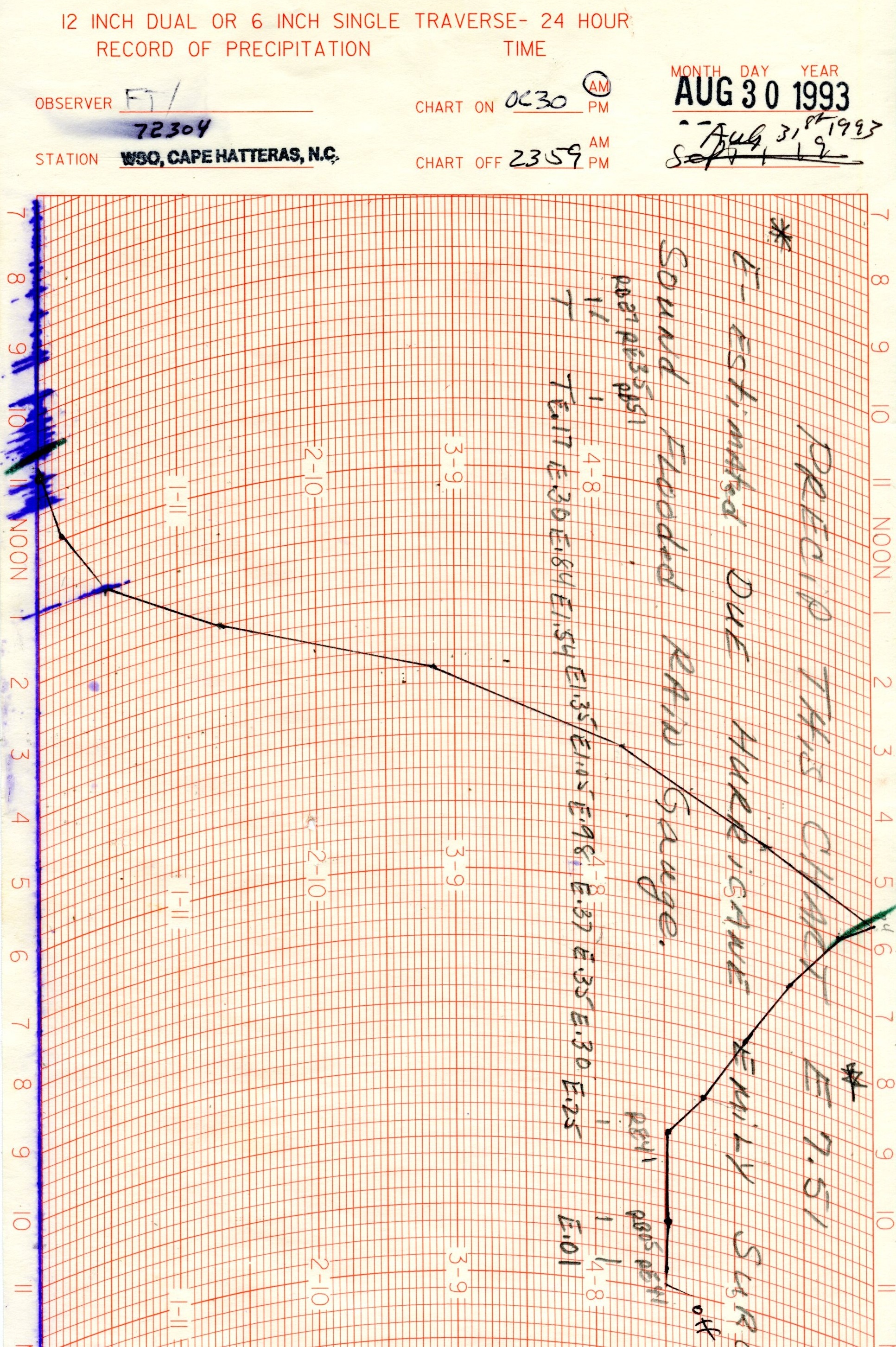