The United States Earthquake Intensity Database is a collection of damage and felt reports for over 23,000 U.S. earthquakes from 1638-1985. The majority of intensities are for U.S. cities, but there are also a few earthquakes and intensities for Panama (1925-1975), the Philippines (1926-1937), and Mexico (1887-1981). The data were compiled from various publications, newspaper reports, and special catalogs. The annual serial "United States Earthquakes," is the principal data source and provides 90 percent of the observations. Most records in the file contain the date and time of occurrence and location of the earthquake, magnitude, focal depth, two-digit state code, name and coordinates of observing city or town, the observed intensity at each town, and the distance from city (or locality) to epicenter. The file consists of more than 150,000 earthquake intensity observations. The data file serves as an important information source for the preparation of intensity histories that are useful for environmental and hazard impact statements. The file is static and is no longer being updated. 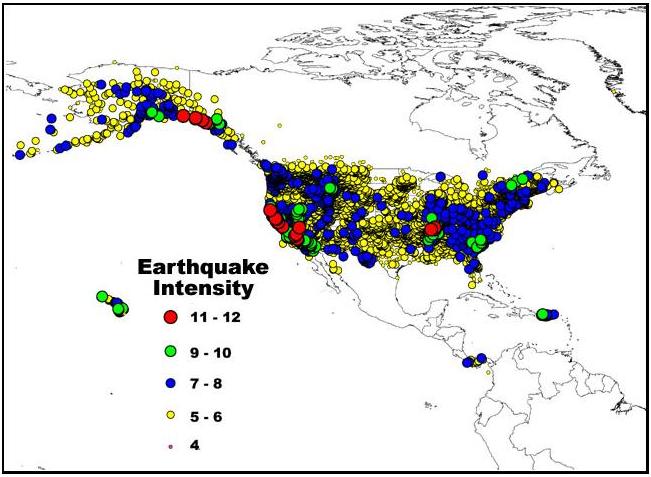