Temperature, salinity, and other data collected using bottle, CTD, and XBT casts in the Pacific and Atlantic Ocean from 12 April 1960 to 27 October 1999 (NCEI Accession 0000214)

Temperature, salinity, and other data were collected using bottle, CTD, and XBT casts in the North/South Atlantic Ocean and North/South Pacific Ocean from April 12, 1960 to October 27, 1999. Data were submitted by Marine Environmental Data Service (MEDS). Other data include alkalinity, ammonium, nitrate, nitrite, phosphate, silicate, and oxygen. 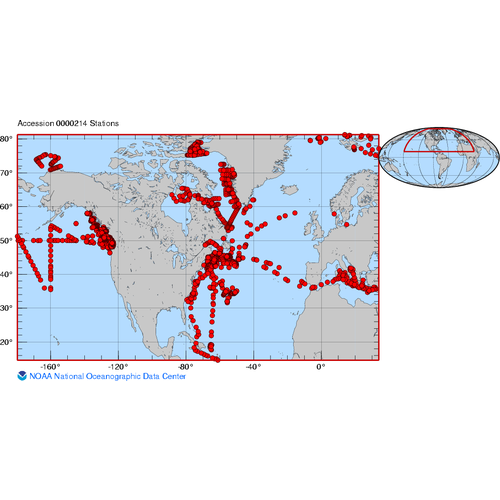