Surface Prognostic Charts are historical surface prognostic (forecast) charts created by the United States Weather Bureau. They include fronts, isobars, cloud, and precipitation areas. There are two separate charts: one is a four-panel 12- and 24-hour, in which the upper two panels are devoted to low-level significant weather; the other, a two-panel 36- and 48-hour with discussion. The discussion is limited to about 260 abbreviated words. Because of the space limitation, it may contain different kinds of information on one example of the chart than on another; but the following information is always included: a. Date/time of the initial data, b. Extent of numerical guidance available, c. Each weather system with significant developments, d. The "how" and "why" of any modification of numerical guidance, e. Revisions of previous forecasts, if needed, f. Clarification of any abrupt changes in continuity. The discussion was written and signed by the forecaster who made the forecast. 12 and 24-hour surface prognoses (0600z and 1800z initial data) were prepared in conjunction with the 30-hour surface forecast and had a four-panel format, in which the upper two panels were devoted to low-level significant weather. The 12 and 24-hour charts were prepared 4 times daily from 00z, 06z, 12z, and 18z initial data. The 36 and 48-hour prognoses with forecast discussions were prepared twice daily from 00z and 12z initial data. These charts cover the conterminous United States, southern Canada, and northern Mexico and have a scale of 1:26.7 million. Charts were produced between 1947 and 1966. 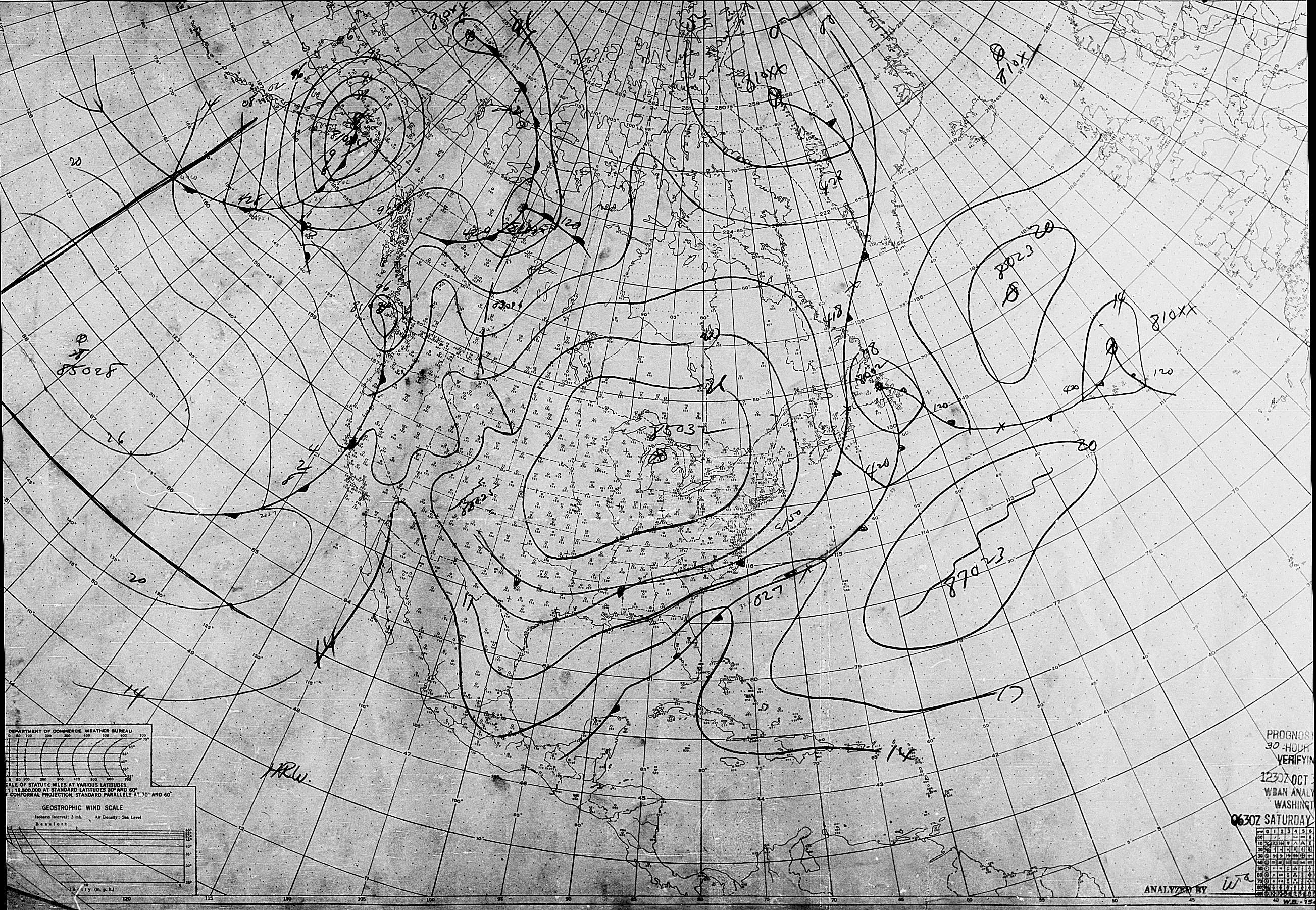