Radar Plan Position Indicator Scope is the collection of weather radar imagery for the period prior to the beginning of the Next Generation Radar (NEXRAD) system deployed in the mid-1990s. While there are special radar observations in the collection, especially of hurricanes, the primary source of radar imagery in this collection is the weather radar network operated by the U.S. National Weather Service and its predecessor, the U.S. Weather Bureau. This network was deployed in the late 1950s. There were two generations of Weather Surveillance Radars in use during this period: WSR-57 and WSR-74. Coverage was very good in the Eastern United States, but limited west of the high plains, primarliy due to the limitations of ground-based radar in mountainous regions. 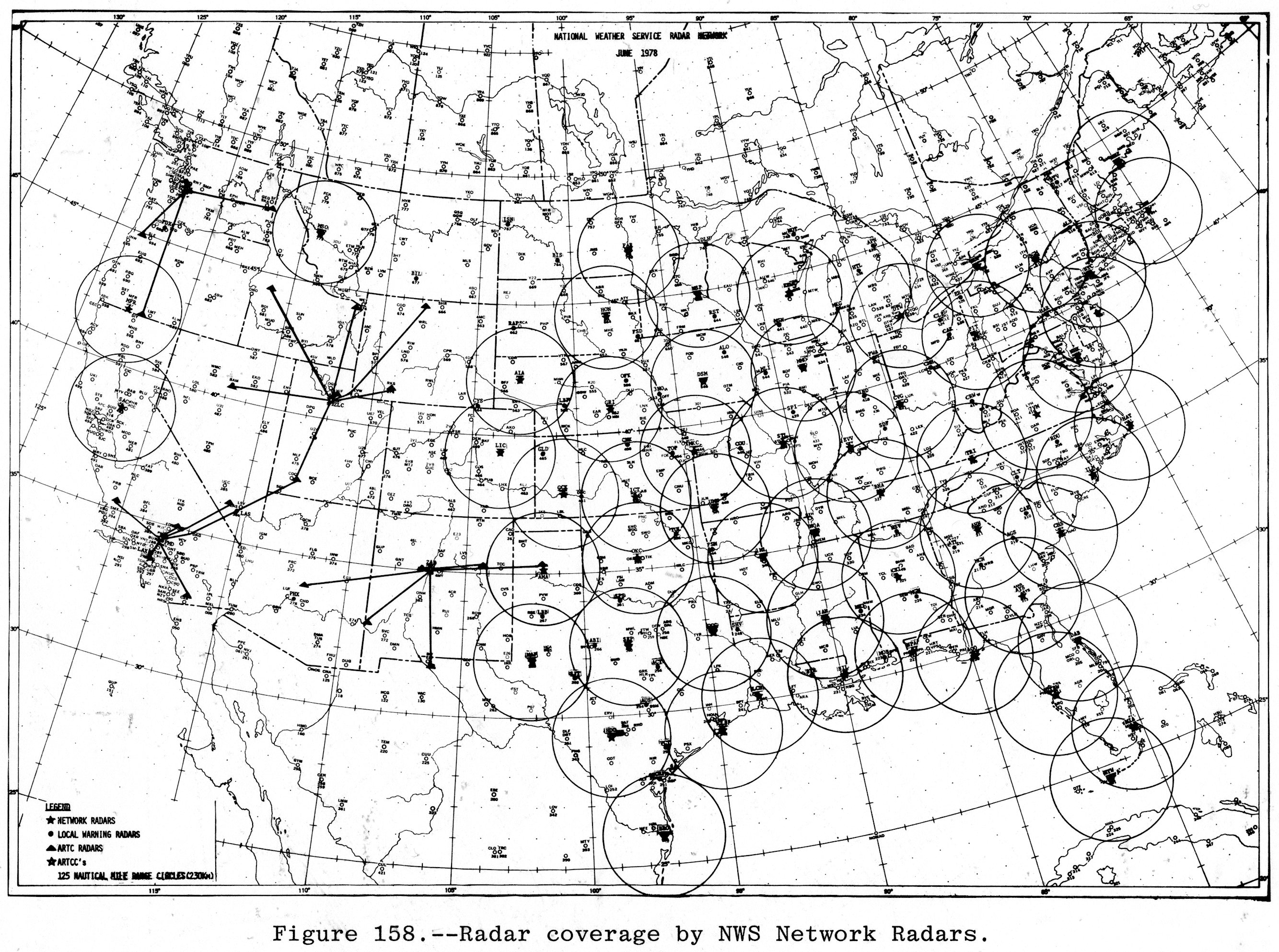