ASTTEX also included the large-scale analysis of regional sea surface height (SSH) anomaly fields during the field portion of the experiment as well as a long-term (12-year) analysis of Agulhas eddies in the SSH record (1992-2004). This component, spearheaded by Dr. Donna Witter of Kent State University, provided a large-scale, low-frequency context for the experiment. The SSH fields were derived from a combination of Topex-Poseidon and Jason-1 altimeter data. 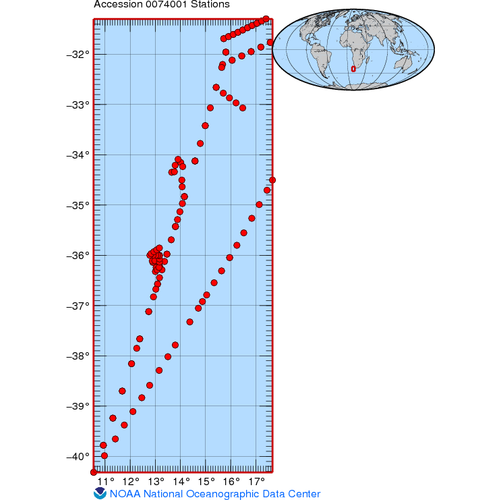