Slocum glider dataset gathered as part of the CMOP observatory SATURN, funded by NOAA and NSF. Glider operations have historically been seasonal (April-September), driven in part by collaboration with the Quinault Indian Nation, and focused on characterizing shelf hypoxia for fisheries management. The glider operations are also important for model calibration.

The National Centers for Environmental Information (NCEI) received the data in this archival package from the Integrated Ocean Observing System's National Glider Data Assembly Center (IOOS NGDAC). The IOOS NGDAC received the data in one or more netCDF files comprising an entire glider deployment. The data are measurements of physical oceanographic properties such as temperature, salinity, conductivity, and density. The IOOS NGDAC checked the files for compliance to their netCDF file convention, aggregated the files into a single netCDF file, and then submitted the file to NCEI for long-term preservation. 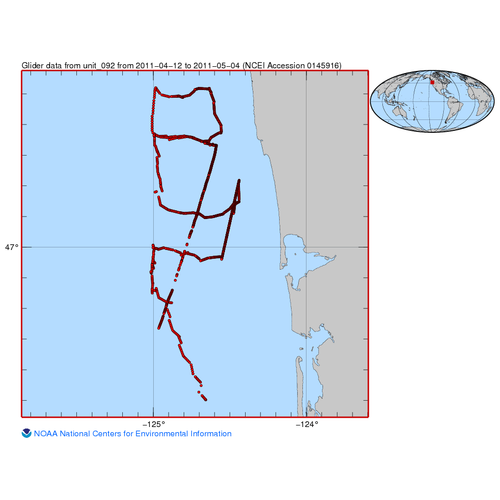