pH, alkalinity, temperature, salinity and other variables collected from discrete sample and profile observations using CTD, bottle and other instruments from the HESPERIDES in the South Atlantic Ocean from 1995-12-03 to 1996-01-05 (NCEI Accession 0113549) 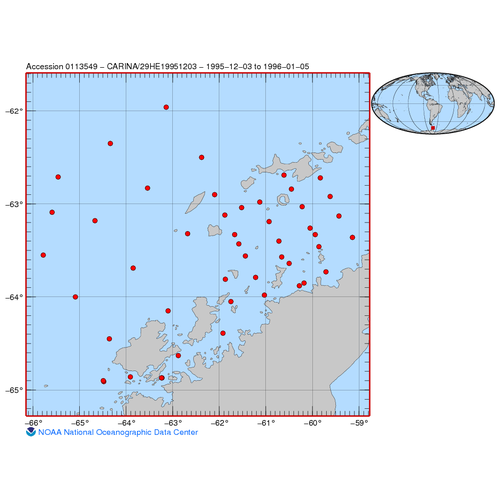