Partial pressure (or fugacity) of carbon dioxide and other variables collected from Surface underway observations using Carbon dioxide (CO2) gas analyzer and other instruments from NUKA ARCTICA in the Davis Strait, Kattegat and others from 2011-02-09 to 2011-12-26 (NCEI Accession 0157346)

These data were collected by Truls Johannessen, Abdirahman Omar and Ingunn Skjelvan of University of Bergen; Bjerknes Center for Climate Research; Geophysical Institute as part of the VOS_Nuka_Arctica_2011 data set. CDIAC associated the following cruise ID(s) with this data set: 26NA20110209 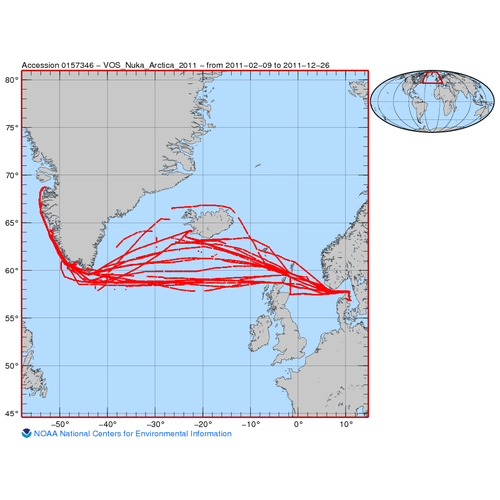