NCEI Accession 0162191 contains physical data collected at Woody Island (USCG Pillar Rock back range board), a fixed station in the Columbia River estuary - Washington/Oregon. These sensors measure DEPTH - OBSERVATION, HYDROSTATIC PRESSURE, LATITUDE, LONGITUDE and WATER TEMPERATURE at frequent intervals in the nearshore coastal ocean. The Center for Coastal Margin Observation & Prediction collected the data and provided the data to NANOOS, which assembles data from The Center for Coastal Margin Observation & Prediction and other sub-regional coastal and ocean observing systems of the Northwest Coastal United States, submitted the data to NCEI as part of the Integrated Ocean Observing System Data Assembly Centers (IOOS DACs) Data Stewardship Program. The data are made available in netCDF formatted files, which follow the Climate and Forecast metadata convention (CF) and the Attribute Convention for Data Discovery (ACDD). Each month, NCEI adds to the Accession the data collected during the previous month. 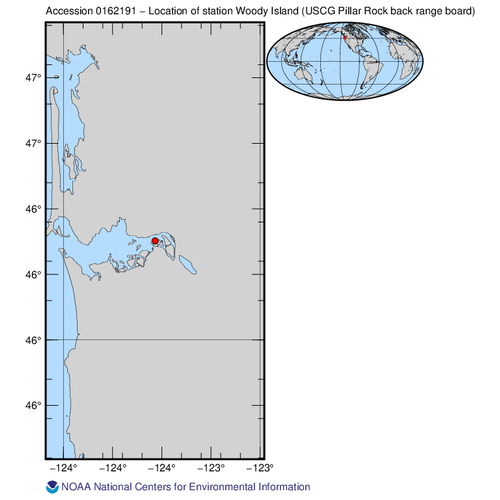