NCEI Accession 0118787 contains oceanographic and surface meteorological data in netCDF formatted files, which follow the Climate and Forecast metadata convention (CF) and the Attribute Convention for Data Discovery (ACDD). USF collected the data from their in-situ moored station named c12 in the Gulf of Mexico and North Atlantic Ocean. SECOORA, which assembles data from USF and other sub-regional coastal and ocean observing systems of the southeast United States, submitted the data to NCEI as part of the Integrated Ocean Observing System Data Assembly Centers (IOOS DACs) Data Stewardship Program. Each month, NCEI adds to the Accession the data collected during the previous month. 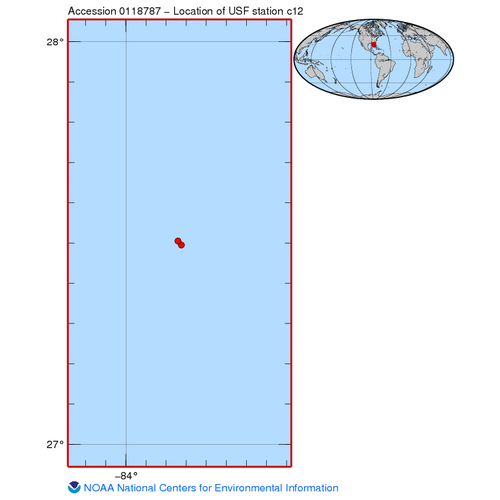