Form B-14 is the National Weather Service form entitled 'Notice of Corrections to Weather Records.' The forms are used to make corrections to observations on forms already submitted to the archive, usually within a month of submission. These incorrect entries could be miscoded cloud types or levels, observation recorded on the wrong row, or other observer errors. A small number of errors reported on forms other than B-14 are also included in this library, especially prior to the creation of Form B-14 in 1980. Period of record 1941-present (bulk 1997-2010). 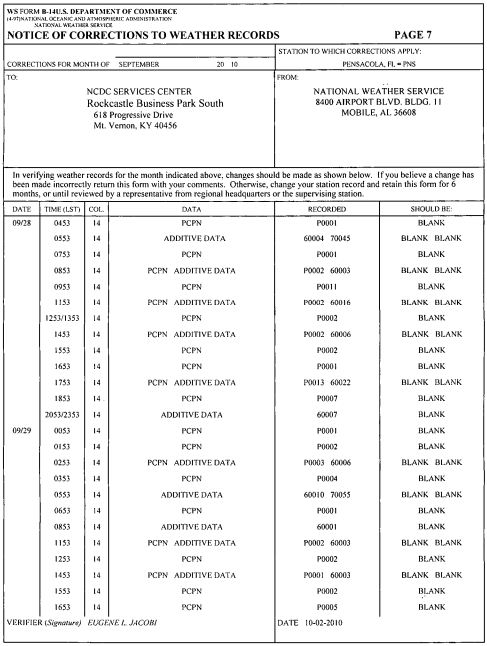