Series of Synoptic Weather Maps. Maps contains a surface analysis comprised of plotted weather station observations, isobars indicating low and high-pressure features, and frontal features. They were produced by the National Meteorological Center (NMC) as the Weather Bureau evolved into ESSA and finally NOAA. Maps were created 2-8 times per day, though creation four times daily at 00z, 06, 12, and 18z was most common. The maps were scanned over a period of several years from microfilm by David Roth, a NOAA meteorologist at the Weather Prediction Center. The film is archived at the National Centers for Environmental Information in Asheville, North Carolina. The series began in 1953 and continues to the present, though this collection ends with the cessation of their conversion to microfilm in August 1995. 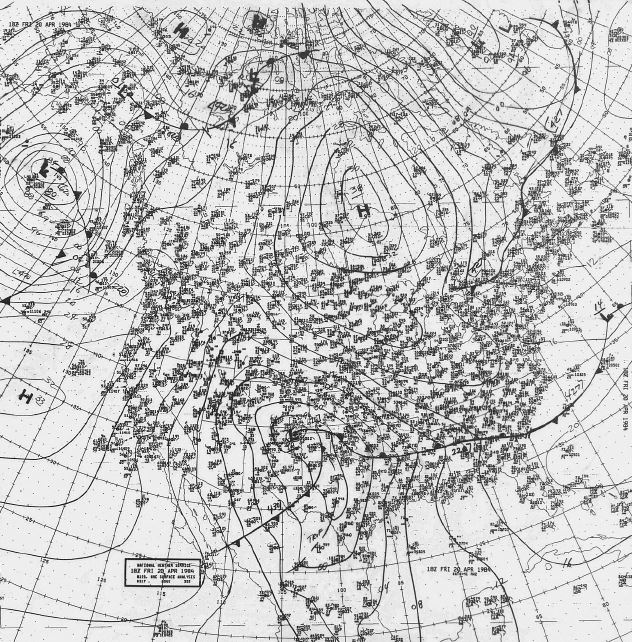