The Gridded Satellite (GridSat-B1) data provides a uniform set of quality controlled geostationary satellite observations for the visible, infrared window and infrared water vapor channels. GridSat-B1 uses the International Satellite Cloud Climatology Project (ISCCP) B1 dataset providing coverage every 3 hours from 1980 to the present, and is updated quarterly as possible. The ISCCP B1 data have been quality controlled, calibrated, remapped and merged together to provide a nearly global coverage of top of the atmosphere radiances. Long-term temporal normalization is performed via calibration against HIRS channel 12 data during the period of record. The IR window channel data has received more extensive inter-satellite calibration and is thus identified as a Climate Data Record (CDR) by the NOAA CDR Program. GridSat-B1 data are projected on an equal angle grid, which facilitates the mapping and subsetting of the data. Since the ISCCP B1 native resolution is approximately 8km, the resolution of the equal area grid is 0.07 degrees latitude (approximately 8km at the Equator). The data span the globe in longitude and range from 70 degrees South to 70 degrees North latitude. GridSat version 2 differs from version 1 in the following ways: a) three channels are provided instead of just one, b) more quality control on the calibration, navigation and flagging of bad data, and c) extension of the period of record. Data are stored using netCDF-4 file format following the Climate and Forecast (CF) Conventions and the Attribute Convention for Dataset Discovery (ACDD) which facilitates usage with compatible software applications. Documentation and source code are available for the dataset. 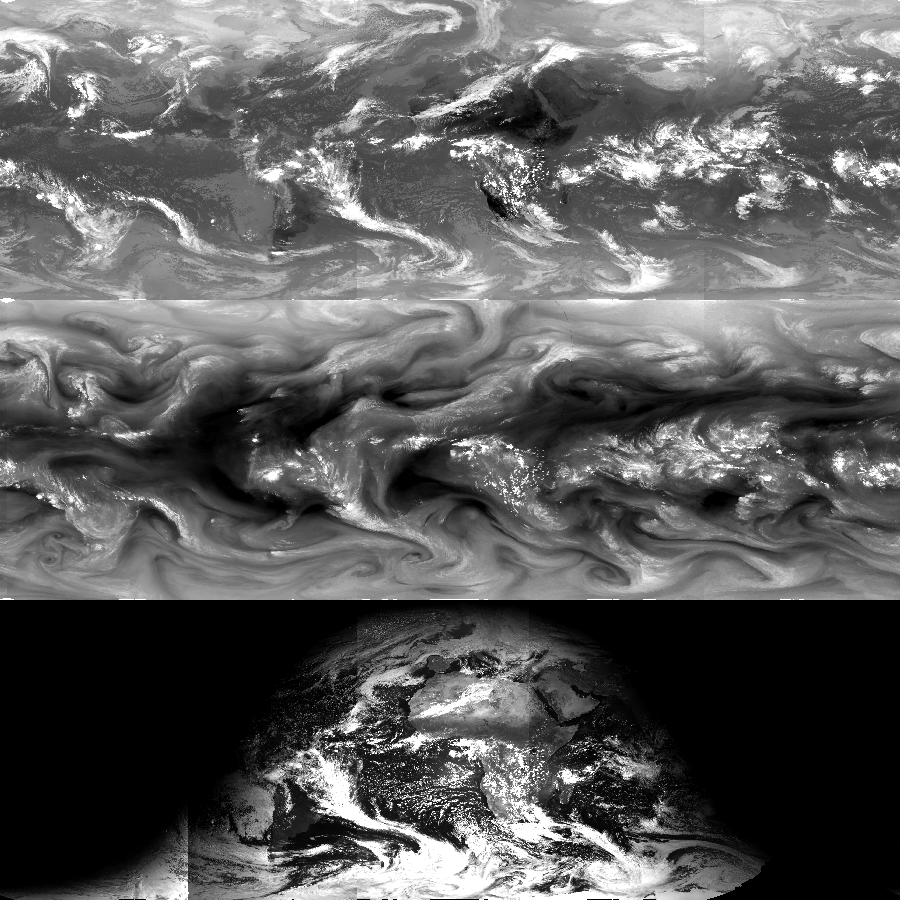