The blended Total Precipitable Water (TPW) product is derived from multiple sensors/satellites. The Percentage of TPW normal (PCT), or TPW anomaly, shows the percentage departure of TPW from the NASA Water Vapor Project (NVAP) climatology (1988-1999). The blended products were merged from polar-orbiting and geostationary satellite sensors including legacy AMSU/MHS, SSMIS, GOES Sounders, as well as ATMS from S-NPP, NOAA-20, and GPS TPW. Individual biases of the data sources have been mitigated to produce a more meteorologically significant product. The blended methodology provides seamless global coverage without gaps to allow for the analysis of atmospheric moisture over land and ocean. The products are on a Mercator projection with 16 km resolution at the equator. The map is centered at the equator and 160 degrees W. It has 1437 lines and 2500 elements, which covers the earth from about 71 degrees N to 71 degrees S. The products are hourly in HDF-EOS and NetCDF file formats. Also, included are PNG images of the products generated per hour over the globe and 14 local regions. These operational products were produced by the NOAA/NESDIS Office of Satellite and Product Operations (OSPO). The TPW/PCT products have been operational since 2009, however, the archive period of record begins in 2013. 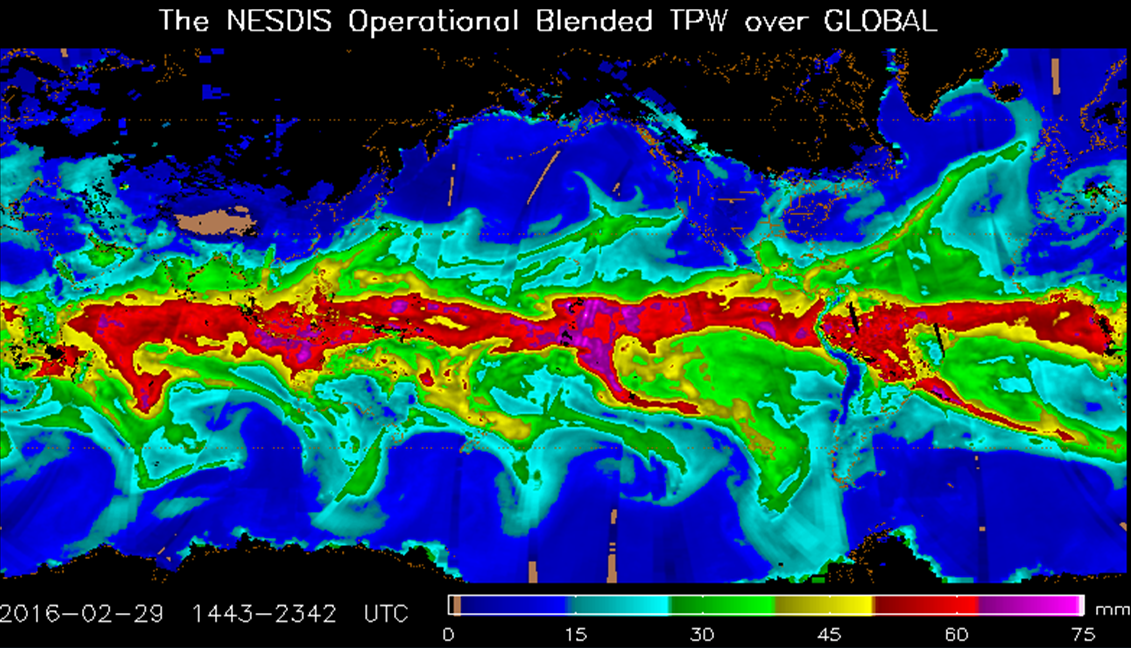