The National Centers for Environmental Prediction (NCEP) and its predecessors have produced internal publications, known as Office Notes, since the mid-1950's. In the early years they were mostly unreviewed manuscripts, which were used to inform others about current operations and research. Later, they were used as first drafts for papers which were being prepared for submission to more formal, external, literary publications. 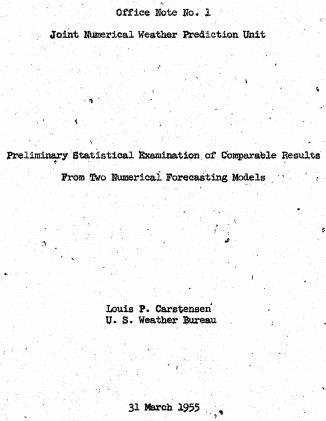