East Point, Georgia is the former location of the National Archives and Records Administration (NARA) Southeast regional Federal Records Center (FRC). The southeast FRC relocated to Ellenwood, GA in February 2005. This is the designated records facility for federal agencies in the southeastern U.S. In 2002, Climate Database Modernization Program contractors performed a comprehensive inventory of NCDC climate records held in East Point. Images scanned as part of the inventory process include records transmittal forms and intent to destroy records designated as temporary. 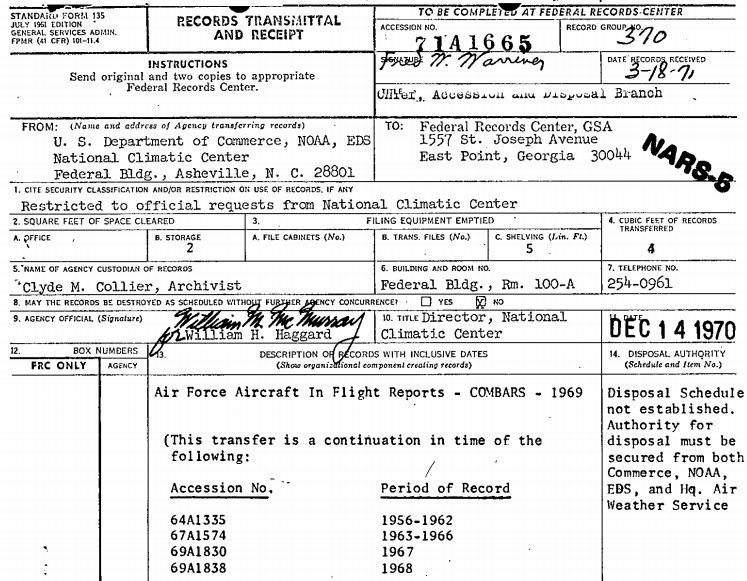