This is a tiled collection of the 3D Elevation Program (3DEP) and is 1 arc-second (approximately 30 m) resolution.The elevations in this Digital Elevation Model (DEM) represent the topographic bare-earth surface. The 3DEP data holdings serve as the elevation layer of The National Map, and provide foundational elevation information for earth science studies and mapping applications in the United States. Scientists and resource managers use 3DEP data for hydrologic modeling, resource monitoring, mapping and visualization, and many other applications.. The seamless 1 arc-second DEM layers are derived from diverse source data that are processed to a common coordinate system and unit of vertical measure. These data are distributed in geographic coordinates in units of decimal degrees, and in conformance with the North American Datum of 1983 (NAD 83). All elevation values are in meters and, over the continental United States, are referenced to the North American Vertical Datum of 1988 (NAVD88). The seamless 1 arc-second DEM layer provides coverage of the conterminous United States, Hawaii, Puerto Rico, other territorial islands, and much of Alaska and Canada. The seamless 1 arc-second DEM is available as pre-staged products tiled in 1 degree blocks in Erdas .img, ESRI arc-grid, and grid float formats. The seamless 1 arc-second DEM layer is updated continually as new data become available. Other 3DEP products are nationally seamless DEMs in resolutions of 1 and 1/3 arc-second. These seamless DEMs were referred to as the National Elevation Dataset (NED) from about 2000 through 2015 at which time they became the seamless DEM layers under the 3DEP program and the NED name and system were retired. Other 3DEP products include one-meter DEMs produced exclusively from high resolution light detection and ranging (lidar) source data and five-meter DEMs in Alaska as well as various source datasets including the lidar point cloud and interferometric synthetic aperture radar (Ifsar) digital surface models and intensity images. All 3DEP products are public domain. 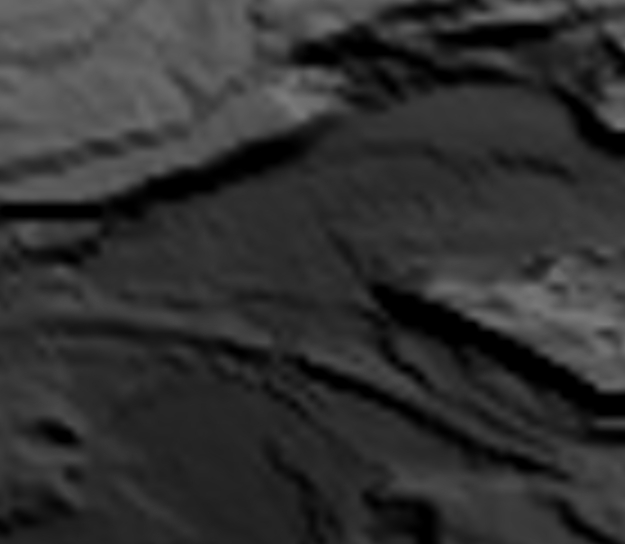