Five MODFLOW-NWT inset models were extracted from the Lake Michigan Basin (LMB) regional model (https://pubs.usgs.gov/sir/2010/5109/). These inset models were designed to serve as a training ground for metamodels of groundwater age in glacial wells. The study areas of the inset models correspond to HUC8 basins. Two of the basins are tributary to Lake Michigan from the east, two are tributary to the lake from the west, and one is located outside the western boundary of the Lake Michigan topographic basin. The inset models inherit many of the inputs to the parent LMB model, such as its hydrostratigraphy and layering scheme, the hydraulic conductivity assigned bedrock layers, the recharge distribution, and water use in the form of pumping rates from glacial and bedrock wells. The construction of the inset models entails modifying some inputs, most notably the grid spacing (reduced from cells 5000-ft on a side in the parent model to 500-ft on a side in the inset models). The refined grid spacing allowed more precise location of pumping wells and more detailed simulation of groundwater/surface-water interactions. Also modified are the glacial hydraulic conductivity values, the top bedrock surface elevation, and the surface-water network input to the inset models. The inset models are solved using the MODFLOW-NWT code which allows for more robust handling of conditions in unconfined aquifers than previous versions of MODFLOW. The particle-tracking code MODPATH was used to simulate the distribution of age of groundwater discharging to wells pumping from glacial deposits. This USGS data release contains all of the input and output files for the simulation of the inset models of the Lake Michigan Basins model as described in the associated model documentation report (https://doi.org/10.3133/sir20185038). 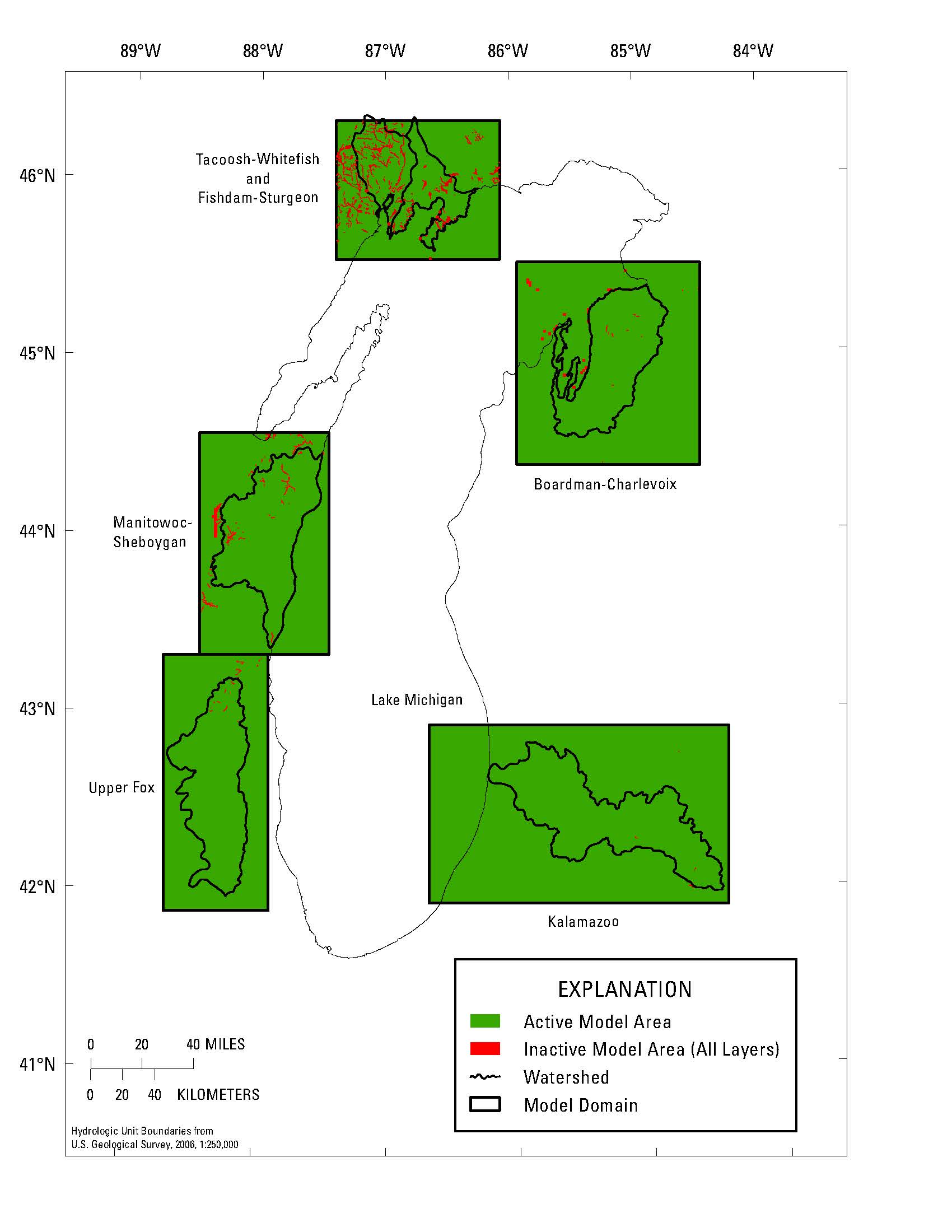