•The New York State calculation method was first adopted for the Cohort of 2001 (Class of 2005). The cohort consists of all students who first entered 9th grade in a given school year (e.g., the Cohort of 2006 entered 9th grade in the 2006-2007 school year). Graduates are defined as those students earning either a Local or Regents diploma and exclude those earning either a special education (IEP) diploma or GED. For the most recent cohort, graduation rates as of both June and August (including summer graduates) are reported.

•Records with cohorts of 20 students or less are suppressed. August outcomes are only reported for the most recent cohort.

•August outcomes include all June and August graduates.

•In school-level reporting, students who were in a school for less than 5 months are not included in the school’s cohort, but are included in citywide totals.

•School level results are not presented for District 79 schools, but their outcomes are included in citywide totals. 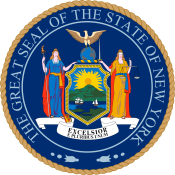