Gravity models are powerful tools for mapping tectonic structures, especially in the deep ocean basins where the topography remains unmapped by ships or is buried by thick sediment. We combined new radar altimeter measurements from satellites CryoSat-2 and Jason-1 with existing data to construct a global marine gravity model that is two times more accurate than previous models. We found an extinct spreading ridge in the Gulf of Mexico, a major propagating rift in the South Atlantic Ocean, abyssal hill fabric on slow-spreading ridges, and thousands of previously uncharted seamounts. These discoveries allow us to understand regional tectonic processes and highlight the importance of satellite-derived gravity models as one of the primary tools for the investigation of remote ocean basins. 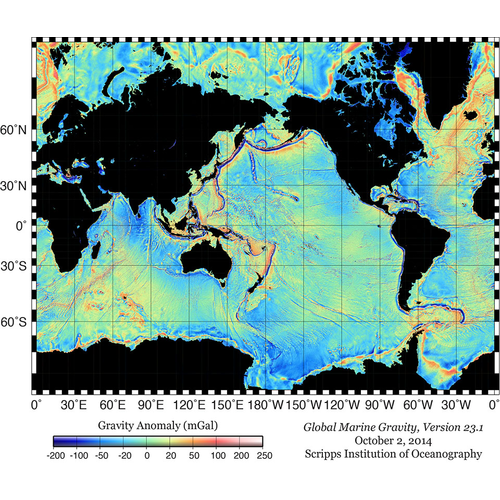