Eastward and northward components of ocean current, water temperature, and others collected from moorings in the North East Pacific Coast during the spring/summer through early fall from 2003-2008 (NCEI Accession 0164626)

The Ecology and Oceanography of Harmful Algal Bloom-Pacific North West (ECOHAB PNW) was a 5-year multi-disciplinary project that studied the physiology, toxicology, ecology and oceanography of toxic Pseudo-nitzschia species off the Pacific Northwest coast.

As part of this project Dr. Barbara Hickey at the University of Washington maintained 3 surface moorings and one subsurface mooring in the vicinity of the Juan de Fuca Eddy. The three surface moorings, E1, E2, E3, were deployed during the spring through early fall season in 2003-2006. One subsurface mooring, E4, was maintained 2005-2008. It was deployed between late June and August and recovered in October, except for the 2007 deployment which was not recovered until January 2008. Dr. Rick Thomson at the Institute of Ocean Sciences and his group designed the moorings with scientific input from Dr. Hickey. 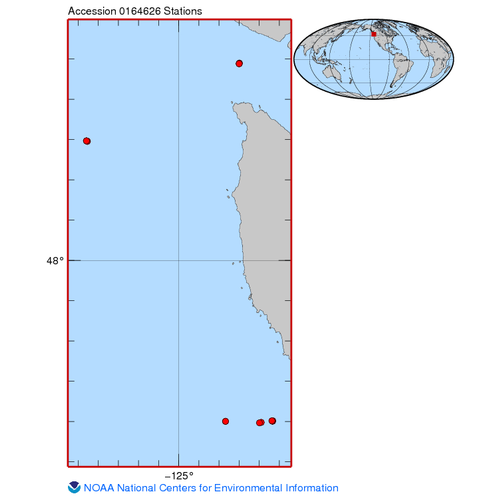