From August 2010 â September 2012, six moorings (BC1 inshore to BC6 offshore), spaced ~13 km apart, spanned the head of Barrow Canyon, Chukchi Sea, Alaska. Each mooring contained an upward looking 300 or 600 kHz Teledyne ADCP and a temperature/conductivity/pressure (T/C/P) recorder (Seabird SBE-37 or SBE-19). Moorings BC-2 through BC-5 included bottom tracking for measuring ice keel depths and ice drift. Bottom-tracking was inactive on BC-1 and BC-6 because these included directional wave firmware. The T/C/P and ADCP were housed in a float situated ~4 m above bottom. BC1, the mooring nearest to the coast, was deployed in a water depth of 31 m with its instruments mounted 1-m above the bottom in a SeaSpider frame. The compact mooring design minimized damage from nearshore ice keels that can exceed 25 m depth. After recovering the array in 2012, we deployed a single mooring (BC2) in 3 succeeding years. 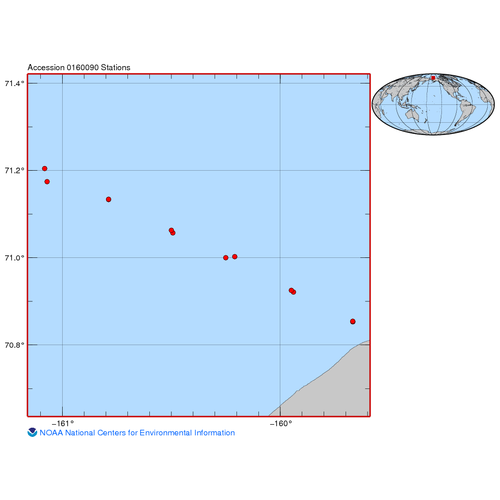