CTD data collected as part of a long-term monitoring program of the water properties in the Ilulissat Ice Fjord (Greenland), June 7 - 9, 2007 (NCEI Accession 0038810)

Basic hydrographic data was collected in the Ilulissat Ice Fjord and adjacent Disko Bay during the summer of 2007. In Disko Bay, data was collected using a CTD lowered over the side of a boat (the Clane). The casts reached depths of about 300 m. very close to the bottom of the bay. In the Ice Fjord, casts were taken from a CTD lowered from a helicopter, and reached down to a depth of about 50 m. Additionally, airborne expendable CTD were taken from a helicopter over the ice fjord. 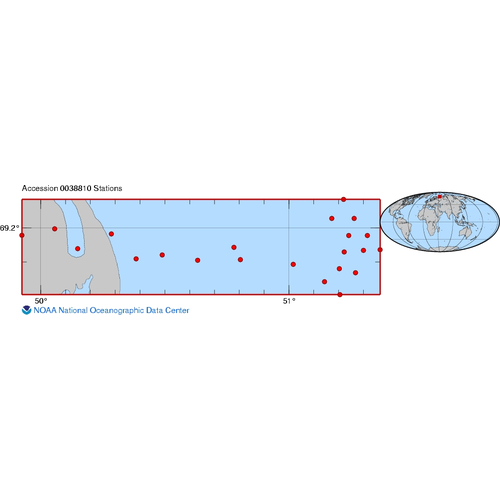