Monthly logs include a daily account of temperature extremes and precipitation, along with snow data at some locations. U.S. Cooperative Observer Program (COOP) Network stations scattered across the continental U.S., a few from Caribbean and Pacific Island stations. Cooperative stations are assigned a six-digit COOPID in which the first two correspond to the state, and the last four are assigned roughly in alphabetical order by station name. For a complete list of station IDs, see the cooperative station list at http://www.ncdc.noaa.gov/homr/reports/mshr . Stations that were not a part of the network at the time the reports were submitted are assigned ID 777777 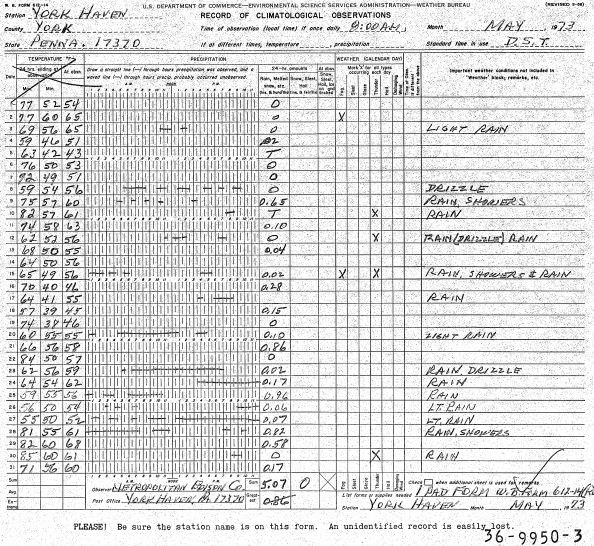