Visual surveys for cetaceans were conducted on the eastern Bering Sea shelf along transect lines, in association with the AFSCâs echo integration trawl surveys for walleye pollock. Surveys in 2000 and 2004 were from early June to early July, the survey in 2002 was from early June to late July, and the survey in 1999 was from early July to early August. Searches for cetaceans were conducted from the flying bridge of NOAA Ship Miller Freeman at a platform height of 12 m above the sea surface and survey speed of 18.5 22.0 km/h (10 12 kts). North south transect lines were spaced 37 km apart and defined by the historical acoustic survey for walleye pollock. Insufficient funding precluded including cetacean observers on all legs except in 2002. See Friday et al. 2012. Cetacean distribution and abundance in relation to oceanographic domains on the eastern Bering Sea shelf: 1999-2004 (http://www.sciencedirect.com/science/article/pii/S0967064512000100). 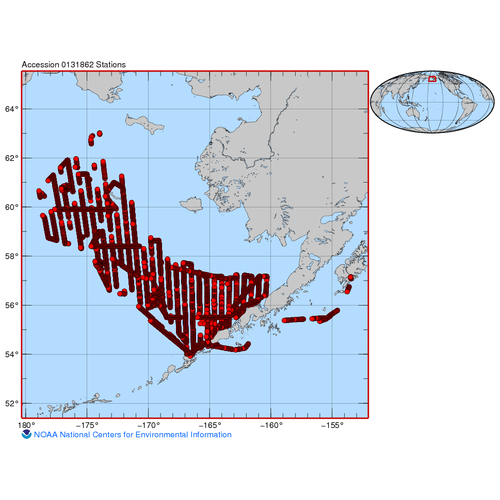