This part of DS 781 presents data for the acoustic-backscatter map of Offshore of Monterey map area, California. Backscatter data are provided as separate grids depending on Resolution. The raster data files are included in "Backscatter_5m_OffshoreMonterey.zip," which is accessible from http://dx.doi.org/10.5066/F7F47M6T. This acoustic-backscatter map of the Offshore of Monterey map area in central California was generated from backscatter data collected by California State University, Monterey Bay (CSUMB) and by Monterey Bay Aquarium Research Institute (MBARI). Mapping was completed between 1998 and 2012 using a combination of multibeam echosounders including 200-kHz/400-kHz Reson 7125, 100-kHz Reson 7111, 240 kHz Reson 8101, and 30-kHz Simrad EM-300 as well as 234-kHz and 468-kHz SWATHplus bathymetric sidescan-sonar system. Within the final imagery, brighter tones indicate higher backscatter intensity, and darker tones indicate lower backscatter intensity. The intensity represents a complex interaction between the acoustic pulse and the seafloor, as well as characteristics within the shallow subsurface, providing a general indication of seafloor texture and composition. Backscatter intensity depends on the acoustic source level; the frequency used to image the seafloor; the grazing angle; the composition and character of the seafloor, including grain size, water content, bulk density, and seafloor roughness; and some biological cover. Harder and rougher bottom types such as rocky outcrops or coarse sediment typically return stronger intensities (high backscatter, lighter tones), whereas softer bottom types such as fine sediment return weaker intensities (low backscatter, darker tones). 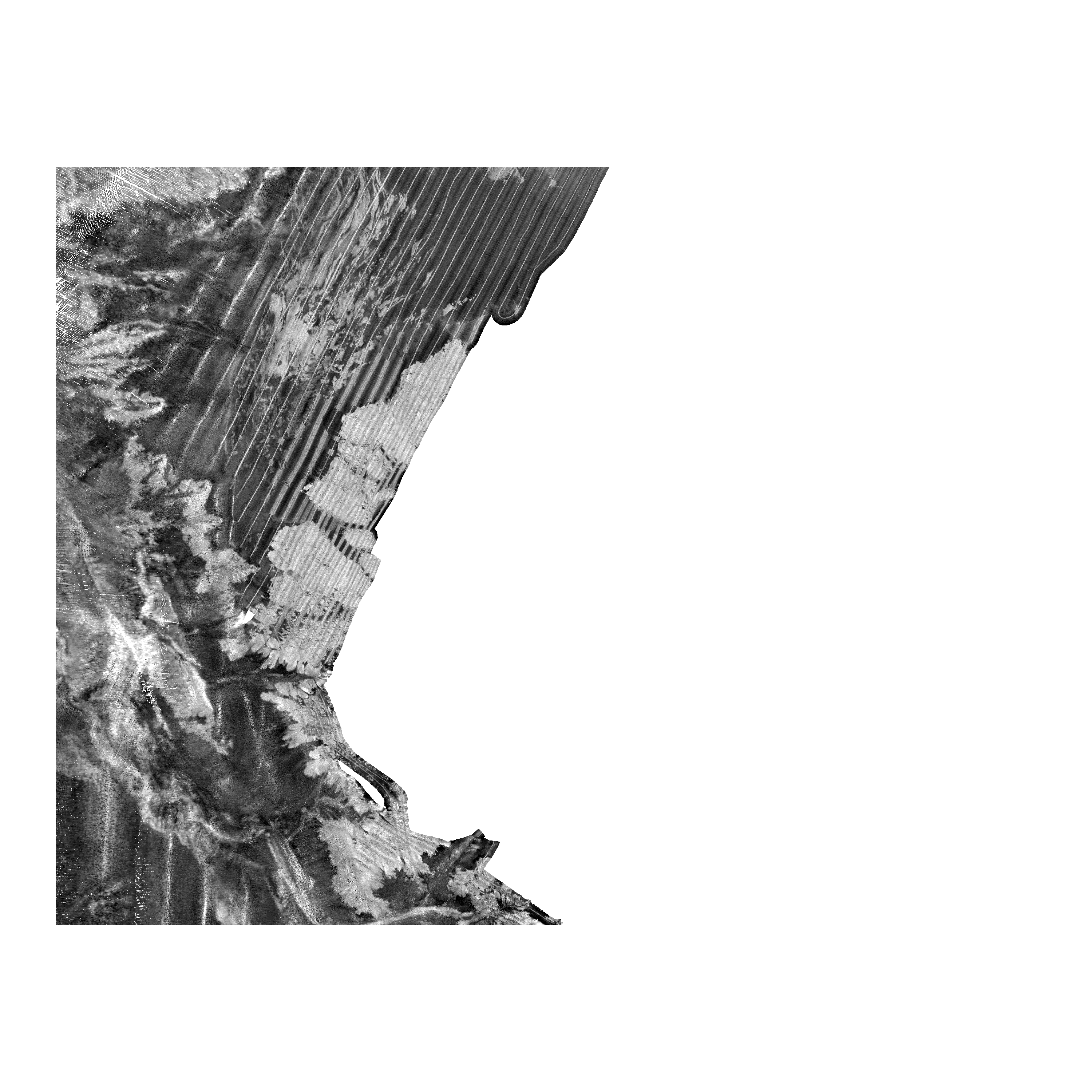