A survey of the marine biota of the island of Lanai, Hawaii, to determine the presence and impact of marine non-indigenous and cryptogenic species, February - March 2005 (NCEI Accession 0002650)

A baseline survey of the marine biota of the island of Lanai was conducted in May 2005. This was first comprehensive study that has been made on this island for all components of its marine nearshore community. Samples and observations were taken at seven sites around the island, and all macroalgae, macroinvertebrates and fish species collected or observed were recorded. On-site observations without collections were made at two other sites. Identified species were designated as native, nonindigenous (introduced) or cryptogenic (neither demonstrably native nor introduced) according to criteria used for previous introduced species surveys in Hawaii. A total of 294 taxa were observed or identified from collected specimens, which included 16 introduced or cryptogenic species and three new reports for the Hawaiian Islands. The 16 introduced and cryptogenic species comprised 5.4% of the total identified taxa and included seven cnidarians, one polychaete, two pericards, one decapod, one bryozoan, two ascidians and three fish. By station, the introduced/cryptogenic component ranged 3 to 7 species and 3.8% to 6.8% of the total biota.

The stations included two sites at or near Kaumalapau Harbor, Lanai's principal harbor for inter-island shipping. The percent component values are similar to those that have been determined on ocean-exposed reef areas elsewhere in the Hawaiian Islands but the harbor value is well below the values in other Hawaiian harbors that are more isolated from open ocean circulation than Kaumalapau Harbor. No invasive introduced algae and only two invasive introduced invertebrates were found on the surveys. These were a single colony of the octocoral Carijoa riisei in the vicinity of Cathedrals between Manele Bay and Harbor, and a single stomatopod Gonodactylaceous falcatus at the site closest to Manele Harbor. 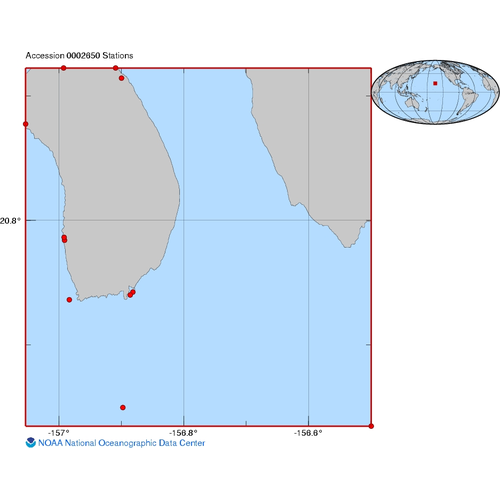